Here is the fifth in a series of 10 Kavalan whisky reviews. You can read more background in part 1 but the TL;DR version is fellow local redditor /u/onewaybackpacking graciously brought back one of these cool Kavalan sampler packs back from Taiwan for me. Thus far in the series we have had:

Today we will be covering the Peaty Cask which according to their website is a distillery exclusive. Most information online I've found indicates it is not itself peated but was aged in former Islay Scotch casks. As a brief reminder, I am mostly an American whiskey drinker who occasionally dabbles in malts so take that for what it is worth. 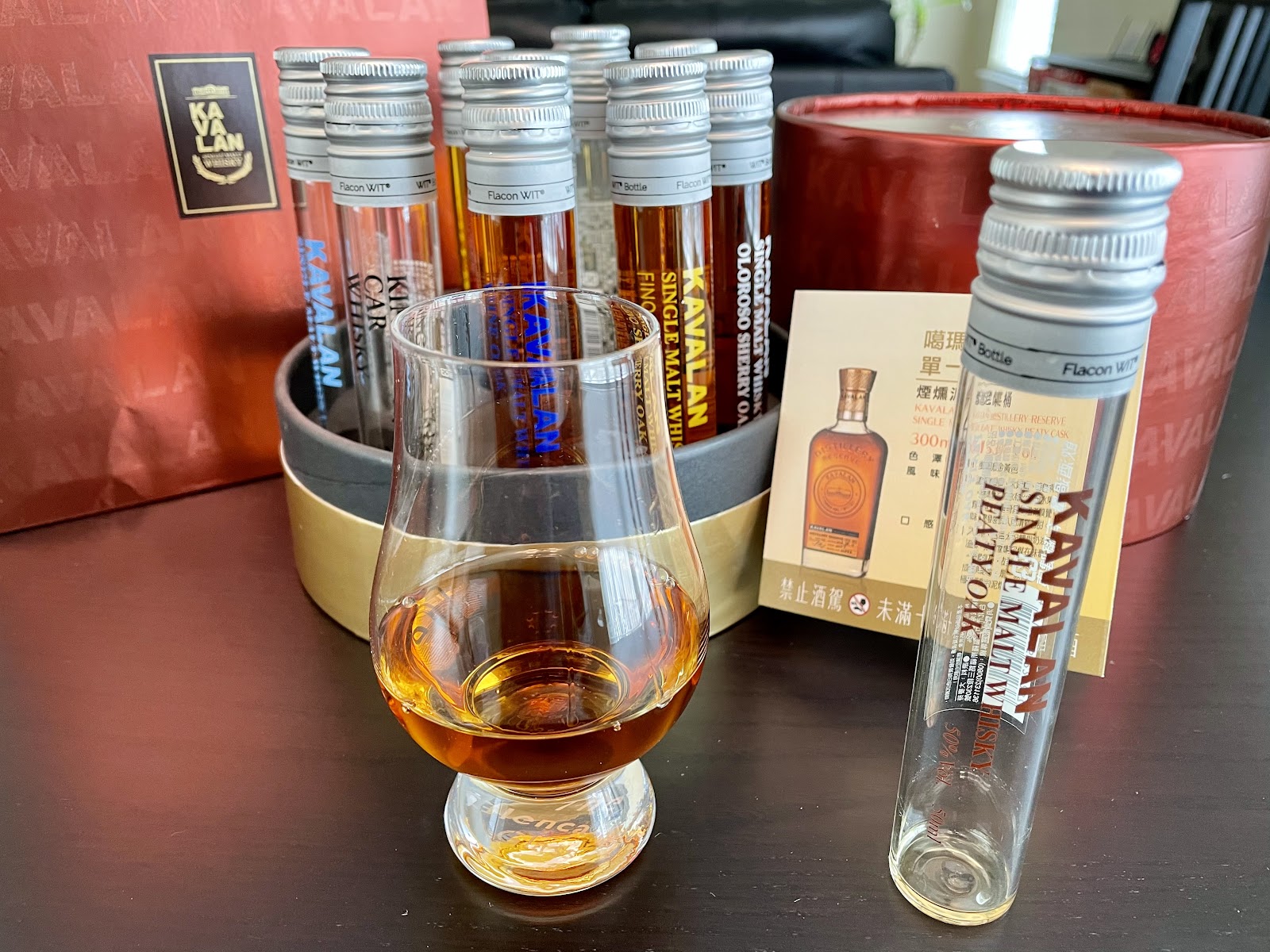 Nose: Bourbon like scents of vanilla / caramel and a chargrilled fruit meat medley. This does not have the "box of bandaids from a burned down hospital" peated whisky note like a Laphroaig but I can definitely pick up on some earthy peat aromas. I would have guessed Scotch finished bourbon from the nose.

Taste: More sweet notes like creamy butterscotch, a good amount of cereal grains, and charred tropical fruits like pineapple. Mouthfeel is thicker and more oily than all those sampled thus far. Again like the nose this is by no means an ashtray laden peat smoke bomb but the Islay cask aging is definitely noticeable, particularly in the finish that rides out for quite a while with some scorched earth notes.

Thoughts: This edges out as my favorite thus far in the series, slightly ahead of the Concertmaster. I am not a huge peat head but I do enjoy them every once and in a while and this scratches that itch. The tropical fruit presence is there but not as forward as in the others, I believe due to being rounded out by the smoky peat notes. Overall I found this the most interesting yet as it has the best mouthfeel and the biggest range of flavors from sweet to fruit to smoke so it's much more dimensional.

Note that price is not considered when assigning a rating.