A little over a year ago I reviewed the first release of George Dickel Bottled in Bond. The TL;DR was I pretty much hated it. I found it overly thin and remarkably underwhelming given the age and proof. While Dickel tends to be a very polarizing whiskey, this surprised me greatly because I generally quite enjoy it as a nice change of pace from most other bourbons. While there were some that liked the bottled in bond release, I think overall the whiskey community mostly sided with me as there was a considerable amount of groaning when the product won one of those silly whiskey of the year awards.

Fast forward one year and here we are with a second release of this product, distilled 3 years later in Fall of 2008 but now bearing an official age statement of 11 years. I wasn't quite ready to give up on Dickel so when I saw a bottle on the shelf with a price that is still relatively cheap by current special release standards, I figured I'd take a chance given the lack of anything better to do right now. 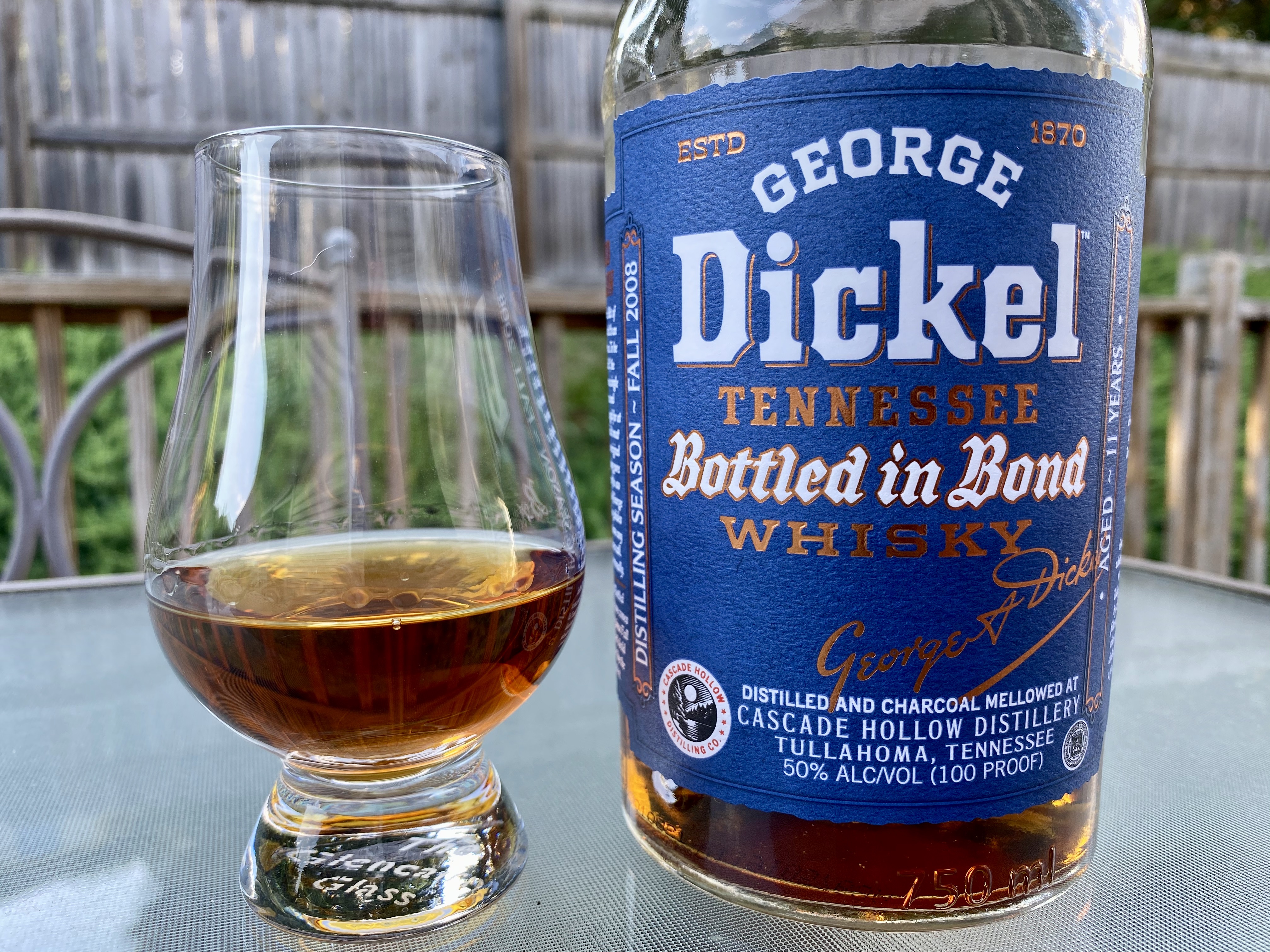 Taste: Thicker mouthfeel than I remember from last time. Upfront it's honey and other sweet woody flavors which transitions into some slight spice and that familiar vitamin mineral note. The finish is a nicely rounded combo of sweet, spice, and wood but it tapers off too quickly.

Thoughts: I came into this thinking at worst it would be as thin and underwhelming as last time or at best it would be like a really great Dickel store pick. All in all, I think this is somewhere in the upper middle of that which is what I expected from the original release. There is a much better balance of sweet, oak, and char this time around making it just an overall better whiskey. My biggest complaint is still that the finish is entirely too short which again I suspect is due to an abundance of filtration. Outside of that, this is decidedly Dickel whiskey through and through and much closer to form of what I expect from the brand. If I see again, I will buy it.

Note that price is not considered when assigning a rating.